Use NAS or move files to PC?

I did a search for NAS but I might have missed it. Is it okay to monitor a NAS folder or is it better practice to copy files to the local PC then do the commercial removal?

NAS is a Synology and both the NAS + PC are connected via ethernet.

I’m not an expert on this, but if you search for mapped drives or network shares there are some situations where people have had issues, though sounds like it usually works if they do the full UNC path like \NAS\sharefolder and have permissions on the share set.
I personally do mine locally and only write to the NAS afterwards, but I use a windows task to do that, in my case using powershell because I do some extra renaming/organization. Interestingly I find the powershell script periodically fails as it can’t see the share - no idea why though as I can see it as a mapped drive and it shows connected. But I have the script run periodically and it’ll eventually get the file over.
From what I understand, do not try to get mcebuddy to write to the nas, as I believe if it can’t write, it’ll consider the conversion failed and I think you have to do it over again.

I use a NAS (specifically a Synology) for all my storage needs. My monitor and destination folders are on my NAS using UNC pathing. Just set your Temp folder to be local to where MCEBuddy is installed and it will copy the source file down to that temp folder do all the processing locally and then output based on your task Destination Folder. It’s very fast and efficient to do this this way. 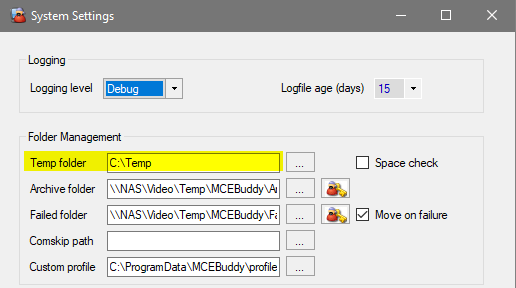 I use NAS folder on Synology as well. I have been doing it for awhile on both Windows 10/11 and Linux and never had a problem.

I use a NAS also. Here’s my setup. First off, I’m using Plex to record and view/listen to my files. So I originally purchased a NAS Western Digital PR2100 with two drive bays and found very quickly that it doesn’t have enough processing power to run Plex. But the storage is exactly what I wanted and can access it from anywhere using my phone or pad. So, I updated it with 2 6TB drives and have the drives mirroring each other so when one drive crashes (as it one did a couple yrs ago), I just buy a new drive and hot swap the new drive and it rebuilds the drive with no input from me.
Ok, so back to my setup. 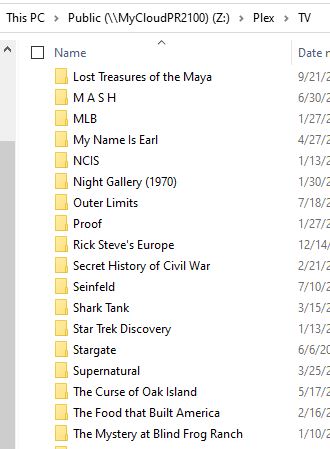 All this to say, if you are using your NAS as the main working folder for MCEBuddy, you are causing way too much traffic on your network. That’s why I’ve setup a computer to do the heavy lifting and the NAS for storage only.

I hope this helps