Converted files are deleted after Conversion

Most often, after MCE buddy finishes converting a file that was recorded by Plex, then the newly converted file is deleted leaving no recording at all. I have left the Destination empty so it will put the converted file where the original file was. The weird thing is that for a few days it all works perfectly and then it goes back to this auto-deletion step.

My goal was to have MCEbuddy remove commercials for all new Recordings from Plex and them encode to MKV H.264 and replace the original, It would be so amazing if it would work!

There were two shows recorded yesterday (7/31) successfully according to Plex. Both were deleted by MCEbuddy

But only the first one produced a conversion log which I attached. I also attached the image Plex confirming the Recording of the second show which MCEbuddy did not product a conversion log. 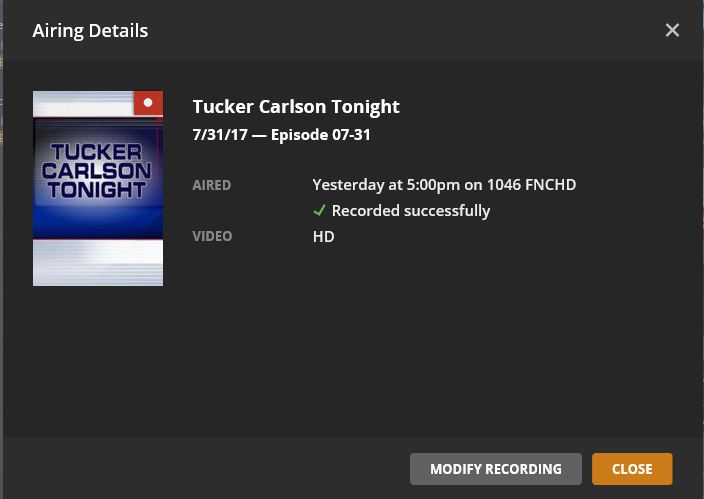 Check your monitor task expert settings incase you’ve set it to delete the original file after conversion. If not then something else is deleting your file. You should enable file logging on your network server to track down which application is deleting it.

I have set it to delete the original file after conversion. But for some reason (sometimes) the converted file is getting deleted as well and I have nothing shown in the folder. As I have MCEbuddy set to save the file to the same destination as the source (i.e by leaving that setting blank), when it works, the converted file shows up as a replacement for the original (although the Metadata is missing more often than not).

the converted file shows up as a replacement for the original

Here are the settings. I see that I had it set to “Rename and sort by video information” so that should keep it from deleting the converted file.

Is there a standard way to setup MCEbuddy for Plex? I followed the instructions from https://www.youtube.com/watch?v=t03CnX3H7AA

but that didn’t work too well.

I also tried this with a script the guy provided

That didn’t work at all (nothing got recorded). I would think this whole thing would be a lot easier!

Off topic a bit: I am not sure how the Metadata tagging works but it would be great if the converted program would retain the metadata gathered by Plex during the original recording (back to how to best setup to work with Plex). This is a secondary problem. For now I just wish the files would stop being deleted after conversion. 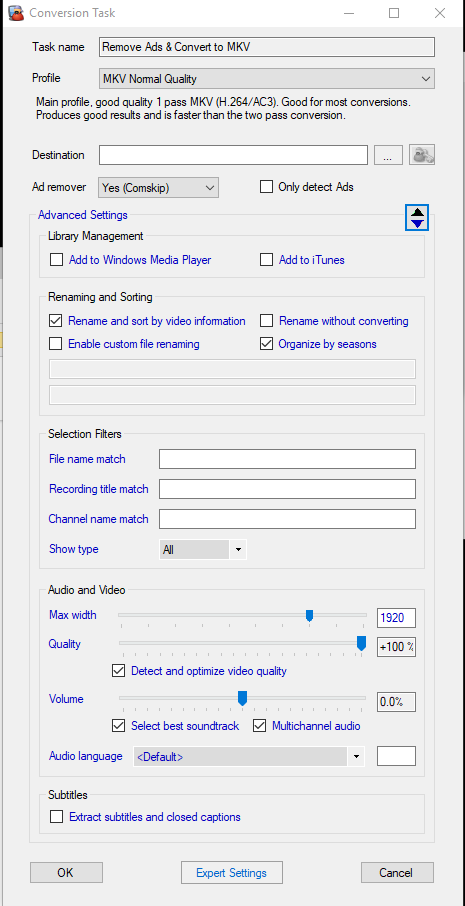 Try a simple experiment. Change your destination folder to a local disk. Is that makes a difference.

also attach your MCEBuddy.log file or go through it and look for the file name that was deleted. If MCEBuddy is deleting it then it will show up in the log file (its like an audit of every transaction)

Sorry for the delay. At the end of the day I did nothing but is hasn’t been deleting the processed files for about a week. Wish I could say why/why not. I’ll keep monitoring.