Summary of the problem or suggestion: Control label text overlaps, and as a result, controls are difficult to access.

Steps to replicate the bug: No steps other than to launch the GUI. 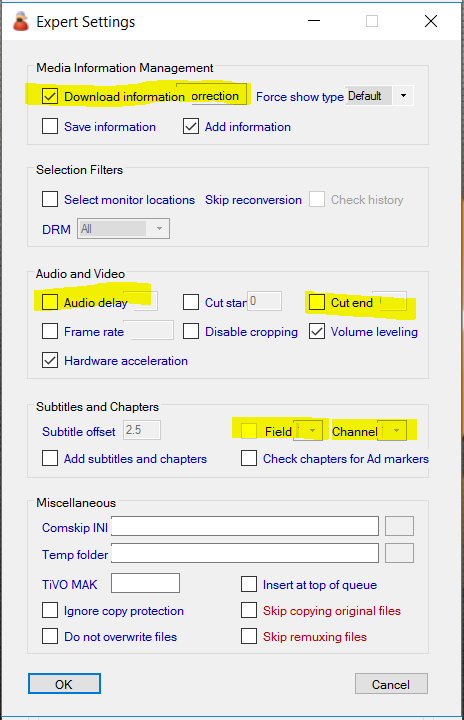 I had created multiple screenshots; one for each dialog where control text overlapped other controls. However, this forum will only allow me to include a single screenshot since this is my first post.

No conversion logs are necessary as this is a GUI issue not a conversion issue.

What DPI setting are you using? Is your scaling set to 100% or custom?

From what I can tell, my DPI setting is set to normal (the slider is in the middle). I’m noticing this while using Remote Desktop from a Windows 8.1 computer to connect to the Windows Server 2016 server running MCEBuddy. No custom scaling is set.

When using RDP I believe the scaling changes. Do check it out and confirm back. It should be standard 96dpi and 100% scaling

Can you try it once directly on the computer local console/monitor.

Okay, so the default scaling factor in Windows 8.1 is 150% (what they refer to as “Larger”). So this is getting passed though to the server and sure enough that’s what’s causing the GUI display issues.

I found this registry setting that resolves the problem by disabling honoring the client display scaling factor:

While this works, perhaps a little work in the GUI at some point to support at least the default scaling factor?

Thanks for a great product!

MCEBuddy does support higher scaling but we’ve only been able to test it upto 133%. Beyond that’s a little challenging as you can see the text size would need to made much smaller which may become difficult to read.