Summary of the problem or suggestion:
Move scheduling capabilities to the task level.

Steps to replicate the bug:
It would be useful to allow start/stop scheduling at the task level. There may be some tasks that should only run at night while others could run 24 hours. This would help with load distribution.

I have just changed my setup, as sometimes it can be hours before some recordings appear in Plex after waiting for conversion to MP4 from TS.

My Samsung TV does not play nicely with TS files as recorded, so I would like to convert to unprocessed MKV initially so that it is available almost immediately, but then overnight be converted to an MP4 to reduce storage.

It would be useful to have the MKV to run immediately and the MP4 to run at a set time overnight.

Features are prioritized based on votes. Here a neat way to do what you want in the mean time. It’s called “Daisy Chaining” conversions.

Here are some screenshots for a step by step working tutorial on setting up a daisy chain (using the latest 2.4.9 build).

Step 1: Setup a Monitor Location which monitors your Plex TS files (assuming they are located in c:\temp\RecordedFiles: 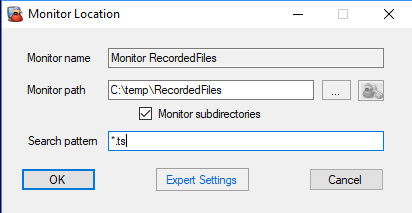 Step 2: Setup a Conversion Task which converts your TS file to MKVUnprocessed files. Set the destination to c:\tempMKVUnprocessed. You will want to remove commercials on this one (so it's set to Comskip or whatever you use). Also don't forget to select theMonitor locations` box and select your the Monitor Location you created in Step 1: 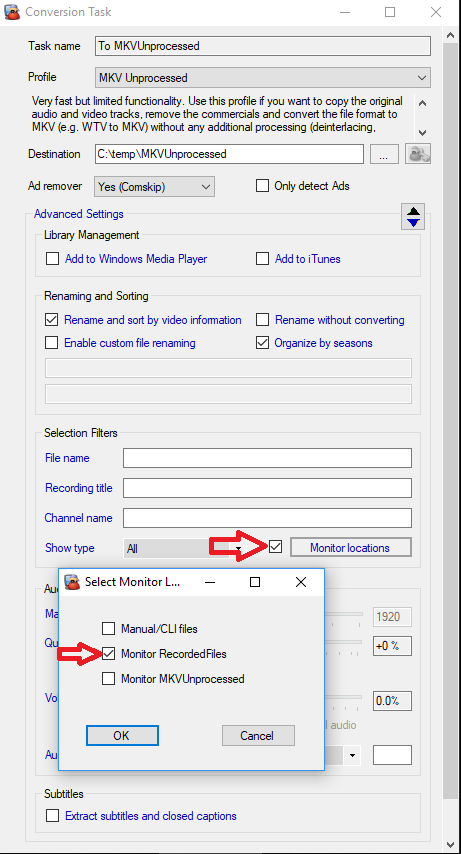 Step 3: Setup a second Monitor Location which monitors the output of your first Conversion task c:\temp\MKVUnprocessed. Also open the Expert Settings page on your Monitor Location and set the time delay, Minimum age before processing, to whatever you want (e.g. you want a 6 or 12 hour delay before the MKV’s are converted). Also don’t forget to check the Monitor converted videos. This is important since by default MCEBuddy won’t reconvert already converted files, this is to tell MCEBuddy that you specifically want to reconvert the already converted file. 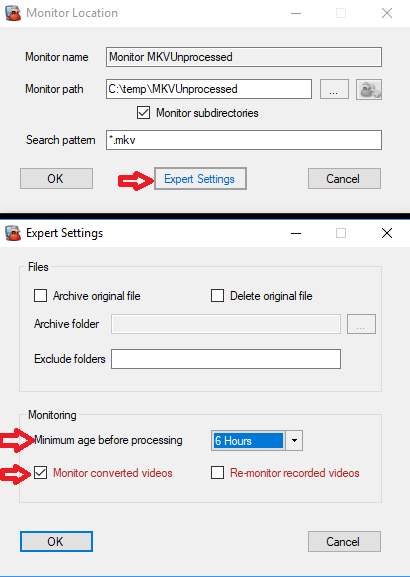 Step 4: Now create a second conversion task which will convert your MKV to MP4. This time you need to select the Monitor location that was created in Step 3. You also don’t want to run ad detection again since it was already done in Step 2, so set it to None. 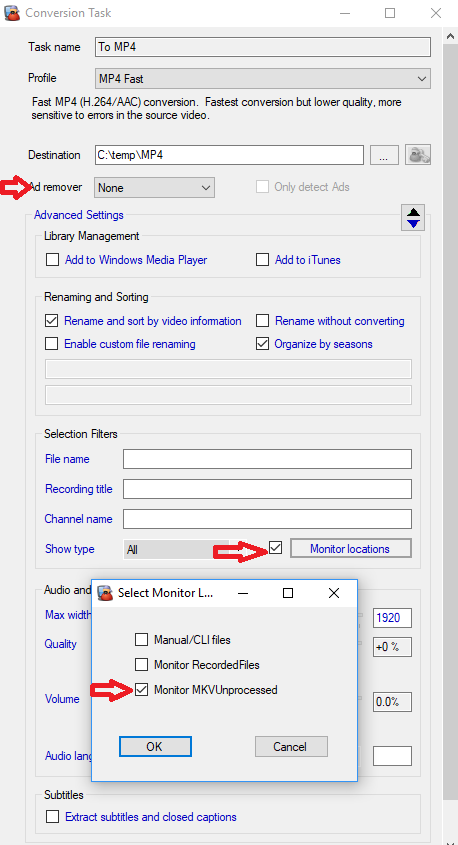 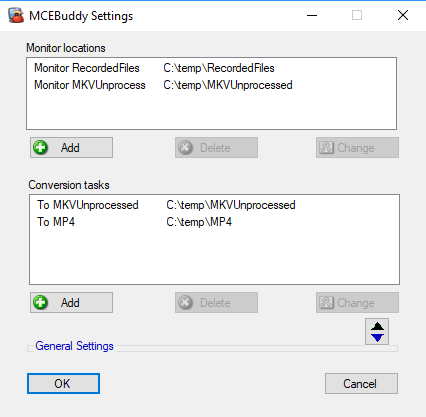 This is called Daisy Chaining and now you have two tasks which are feeding from one into the other and delayed a period of time.

You can get creative in the number of ways you would like to do this.

Converting Propers
CLI to only refresh metadata
Can MCEBuddy process an audio stream and then process the output of that process again?
Multiple Conversions?
Can I crop lines prior to Comskip detection?