[BUG] An issue with comments/description getting cut off

I ran a bunch of mp4 movies through MCEBuddy to clean up the names/titles & metadata. I noticed that the comment/description was cut off in every instance. I wasn’t able to identify a pattern of special characters, but did notice that it only occurred when “Overwrite metadata from internet” was set to default. I’ve included screenshots of my settings in case it’s helpful.

I’m running the latest beta version, and had the same issues on the latest stable version. 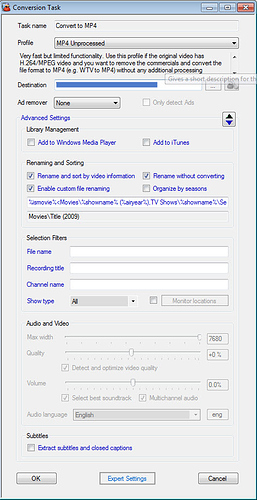 Can you attach your conversion log so we can replicate the settings and see what’s going on.

I did a quick test here on the latest 2.4.11 BETA and it’s working fine, I can see the complete description in the metadata in the converted file:

2019-05-22T10:07:37 MCEBuddy.AppWrapper.FFmpegMediaInfo --> “description”: “A Simple Favor, directed by Paul Feig, centers around Stephanie (Anna Kendrick), a mommy vlogger who seeks to uncover the truth behind her best friend EmilyΓÇÖs (Blake Lively) sudden disappearance from their small town. Stephanie is joined by Emily’s husband Sean (Henry Golding) in this stylish thriller filled with twists and betrayals, secrets and revelations, love and loyalty, murder and revenge.”,

I first noticed it in Plex, then in Windows explorer when I looked at the actual files. 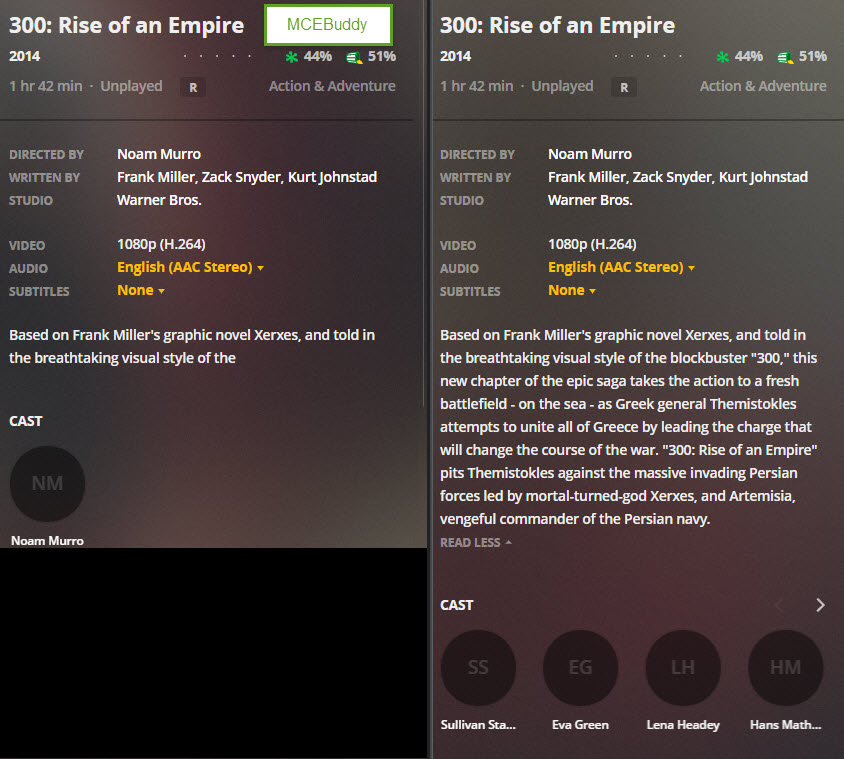 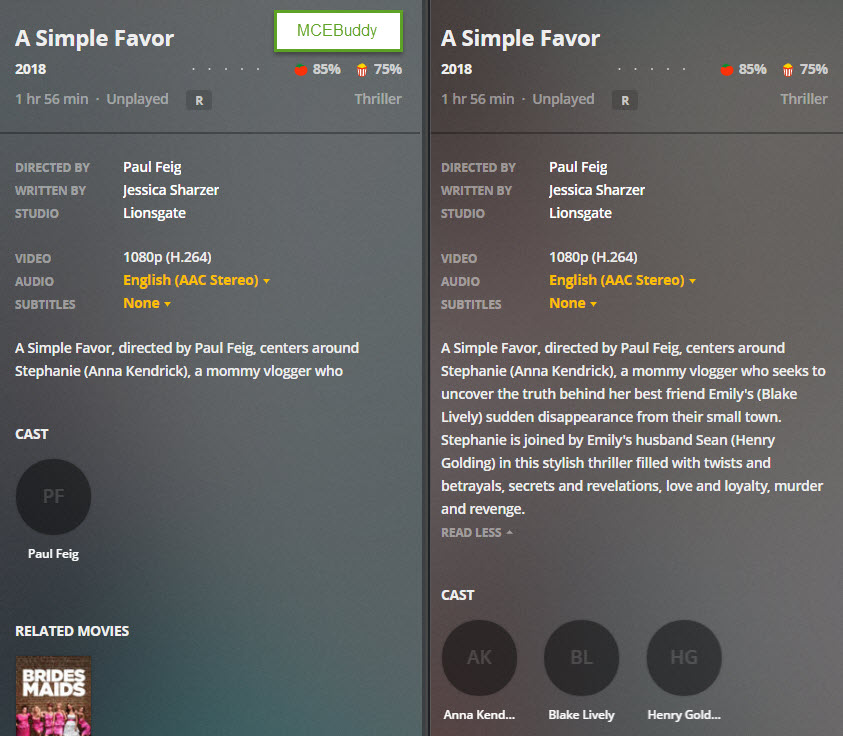 The logs were helpful. I see what’s going on. While reading the embedded tags from original file it seems to be truncated:

Can you upload one of the original files to our server so we can analyze what’s going on?

Sure! Can you point me to the instructions on how/where to do so?

Seen the section on uploading files

I’ve uploaded the original file to the server.

I don’t see the video file, only a description text file

Sorry about that, the file is there now.

We’ve patched in today’s 2.4.11 BETA so it’ll read the long description first and then move onto the description so that should fix it.

Again, it’s incredible how quickly you’re able to push through a solution!! Thank you!!